We drove down out of the mountains and into a small town to visit the weekend market. It was a beautiful farmers market lining both sides of the streets, and all the restaurants around were open. There were hundreds of people perusing the event; families out, children running around, couples young and old shopping. The local vendors were selling fruit, vegetables, flowers, spices, honey, nuts, beans, and meat. 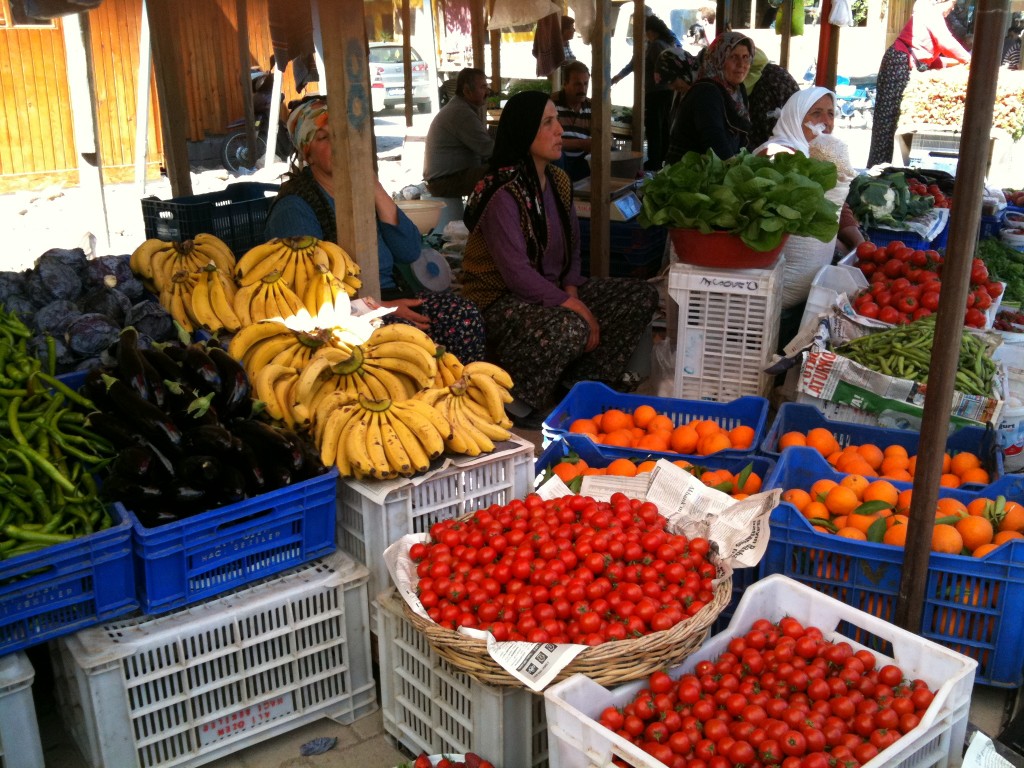 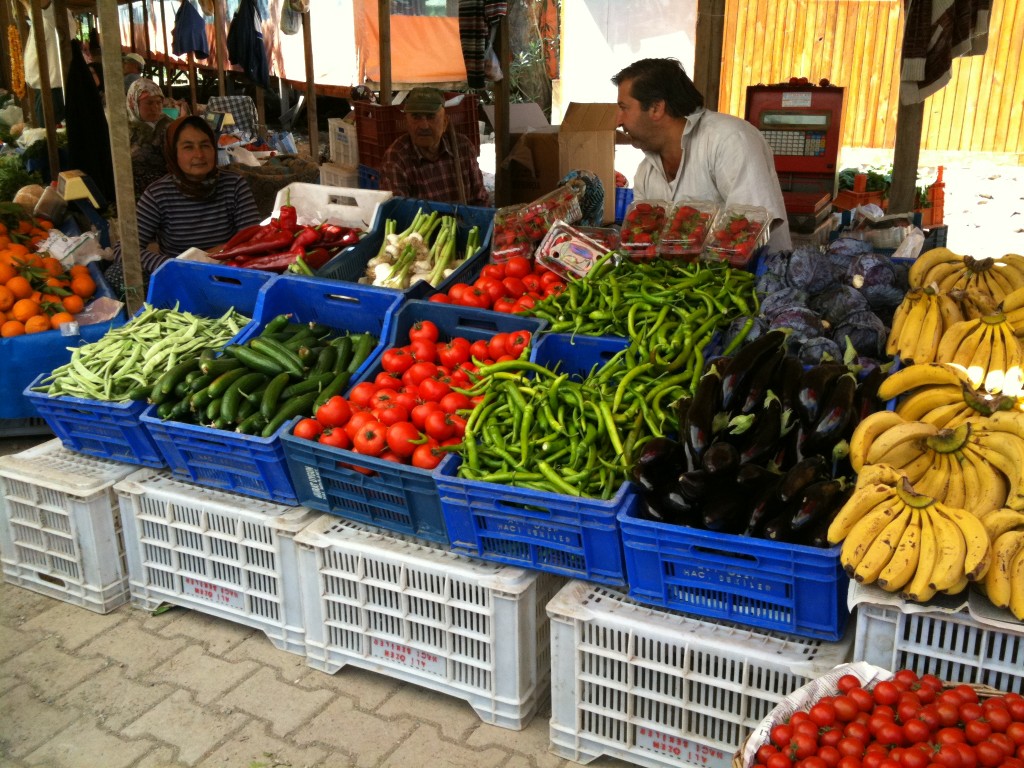 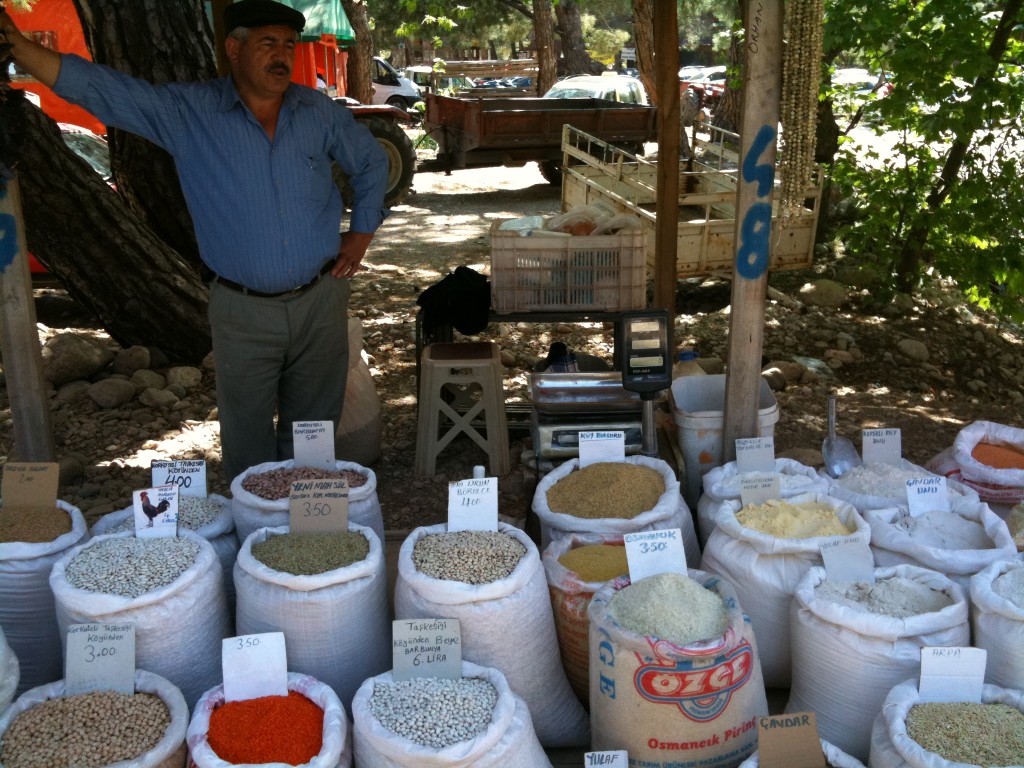 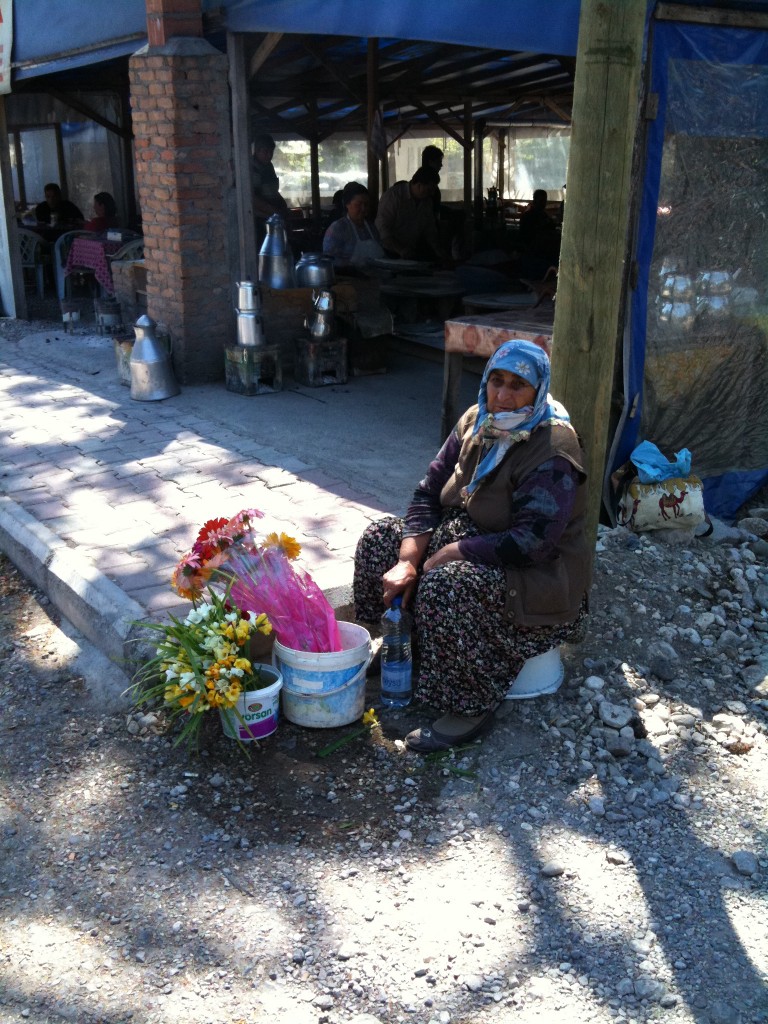 After we walked around and did some shopping, we went for some lunch. As we walked into the “restaurant,” which was just a tent, we had to walk around a weird scene of women sitting on the ground. When we sat at a table, I observed more closely, and it turned out that it was the “kitchen” of the restaurant. It was fantastic the way that they worked, and how they cooked. There were 4 to 5 women sitting on the ground, and there were 2 wood burning stove type devices, except they had big smooth circular tops. The first woman was the orchestrator. She received the order, cuts an appropriate amount of dough, and began to work it. She passed it off to woman #2 who rolled the dough very thin and flat with a long dowel. She was an artist that worked quickly and efficiently in a confined space. She passed the now large circular piece of dough to woman #3, who folded it a few times, and then added the ingredients. In our case, feta cheese and parsley. There was also a sweet option with honey and brown sugar. Once done, she put it on one of the stoves, where woman #4 tended to it. She watched carefully, and flipped the sandwiches with a long hand-carved wooden stick, until they were golden brown. With her stick, she removed it from the stove, and put it on a plate.  It was a simple and beautiful rhythm that yielded a tasty result. In addition to our sandwich, we had chai, which just means tea, and a tomato and cucumber salad. It was all delicious. The entire experience, market and lunch, was so stimulating. We were all left amazed and satisfied. 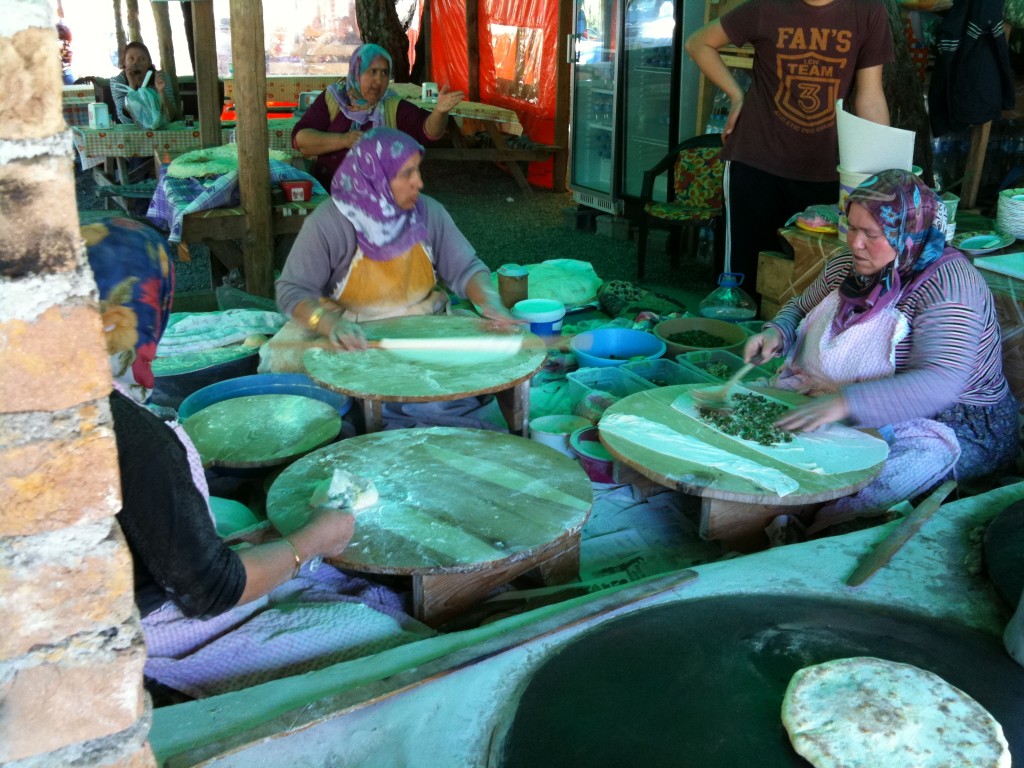 Cooks in the kitchen 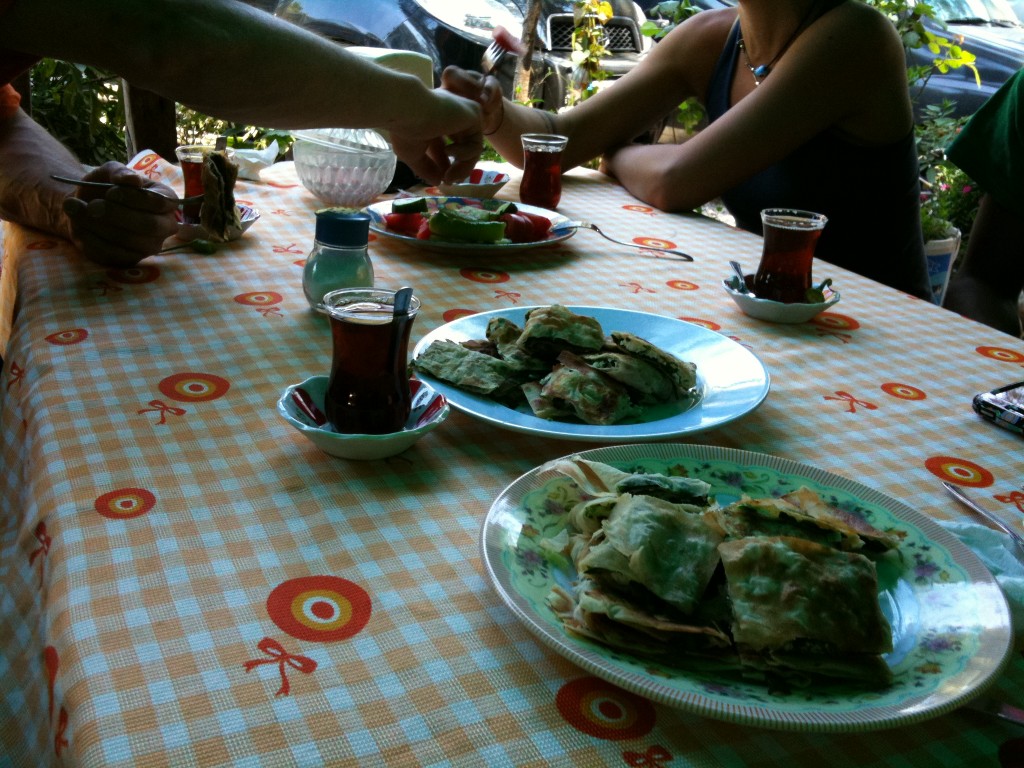 Feta and parsley sandwiches and chai 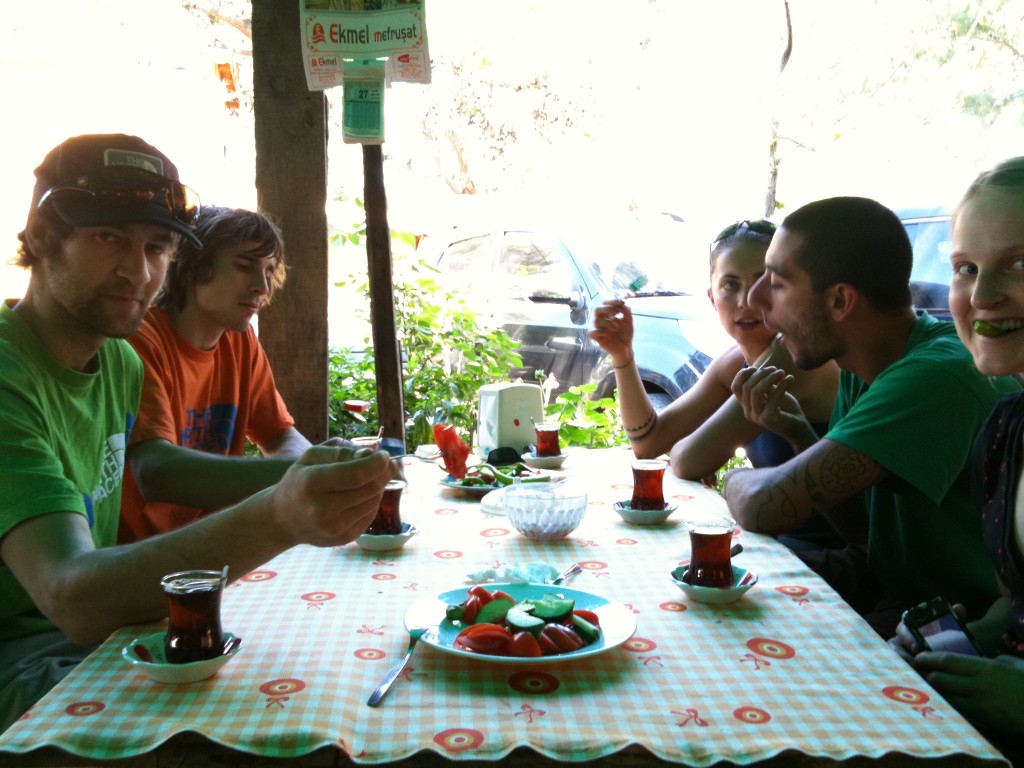 The crew at lunch