Thus far the trip has been balanced; difficulty and ease, frustration and joy, freedom and restriction, fear and calm. In essence, Yin and Yang, the manifestations of seemingly contrary forces that are actually interconnected and interdependent. The concept lies at the origins of many branches of classical Chinese science and philosophy. Yin yang are complementary opposites within a greater whole. Everything has both yin and yang aspects, although yin or yang elements may manifest more strongly in different objects or at different times. Yin yang constantly interacts, never existing in absolute stasis. Each exists with and because and for the other. Thus, creating dynamic balance. 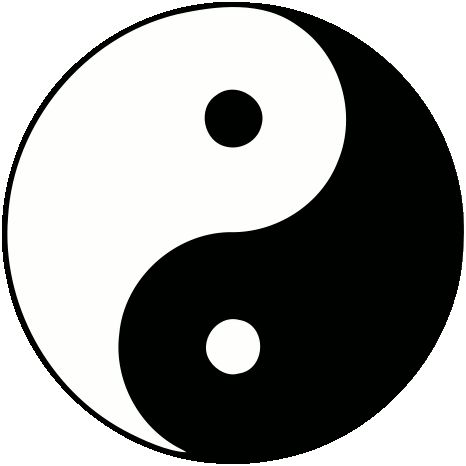 Disclaimer for below: I’m not complaining, just observing and stating. I welcome and embrace what I mention as part of this experience, and as lessons in acceptance and adaptation. I believe it to only enhance the experience, and in reflection I am grateful for it all as with any other situations and occurrences. Though, in moments, I am guilty of reacting poorly, impatient and temperamental. 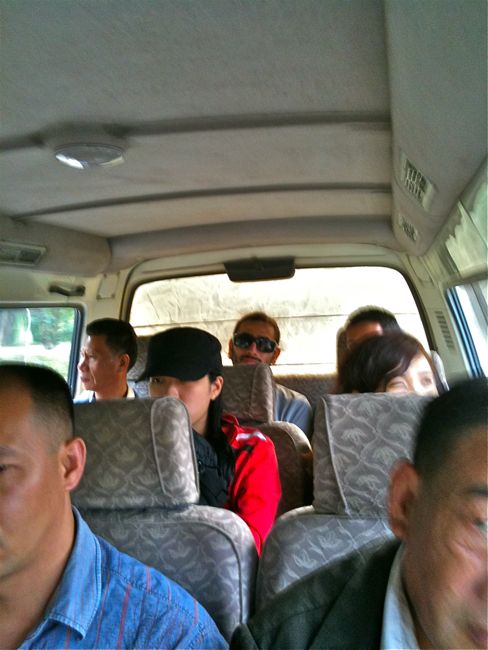 Back of the bus on the way home

Apparently, every day that you go out to the crags here, you should be prepared to be approached and asked/threatened for money from local farmers or Chinese mafia. We have been advised to simply opt to pack up and leave the crag, rather than pay, in an effort to not exacerbate the problem. Thankfully this hasn’t happened to us yet, and hopefully it won’t given that the areas that we are interested in climbing at are not known to have these sorts of problems very often. The relations between climbers and the local population are volatile, despite climbers coming here for 20 years. In addition to this issue, transportation is an intimidating and dangerous clusterfuck, whereby reliance on some local vendor is a must, either to rent a bicycle/scooter or to take a car, van, bus somewhere. The infrastructure is set up to sustain and promote as much foot traffic as possible. Thus, renting a car would be unnecessary, impractical, and expensive. English, spoken or written, is rare to come by, which makes these conversations regarding transportation interesting, as well as those required for buying food and other things. It is still a bit hot and humid here now, and thus not optimal for climbing hard. The cuisine is questionable. I’m talking about chicken feet and dog meat. I find myself wondering what it is that I am actually eating when we are out at restaurants. Finally, whenever you walk around outside, you constantly get hassled. People can’t speak any English at all, but they incessantly ramble, “Hell-O… hell-O! Hell-O… hell-O…hell-O!!!” Then, they follow up with a few words regarding what they have to offer, which basically are like, “Eat here”, or “Buy this”, or “Take this ride”, or the like. It is not aggressive, but ceaseless.

BUT, and I do mean a BIG BUT, the rock and the crags are serene and stunning. The landscape is so dramatic and striking and special. We’re staying in nice, comfortable, and safe accommodations. People are pretty friendly for the most part and seem to have a genuine curiousness about them, especially for westerners, and more so climbers. This is a bustling tourist destination, even for the Chinese, so there are a lot of travelers around. Everyone else is a local who’s livelihood is based on the money spent by the travelers, and they seem to act with this knowledge on hand. Everything is REALLY inexpensive. A full meal at a restaurant is just a few dollars, a nice hotel room is around $10-20 a night, and everything else is in accordance. 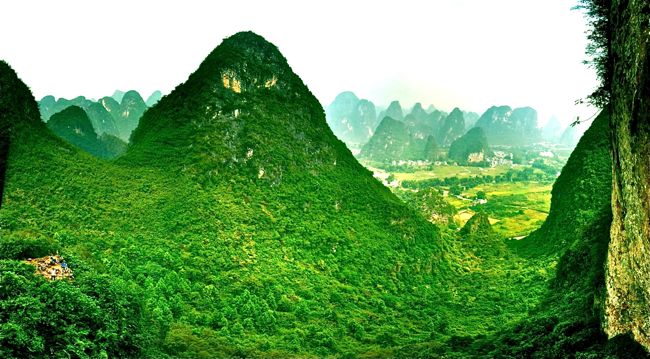 So, as I said, there is a balance that exists…

We have climbed 2 days; one at the famous hallmark area called Moon Hill, and the other at Lei Pi Shan. Both are fantastic crags with nice quality limestone. Moon Hill is a massive arch spackled with mini stalactites and flanking walls that are more vertical to slightly overhung. There are some steep climbs that are powerful with bigger handholds, but also some more technical routes with smaller holds, and things in between. Lei Pi Shan has slightly to fairly overhanging walls with routes from 20 – 40 meters tall. All of the routes here are technical with smaller holds. Both places have tufa/stalactite type features, and small to large pockets and edges. And…the climbing was, as climbing is… so good. 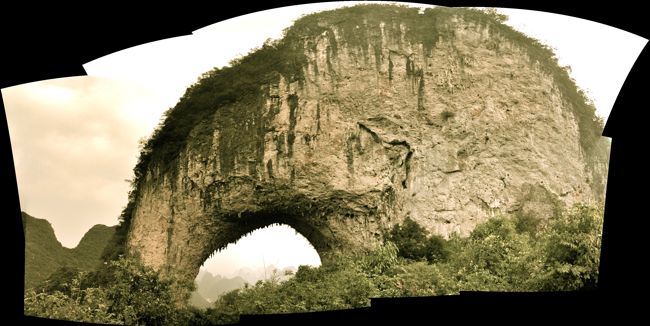