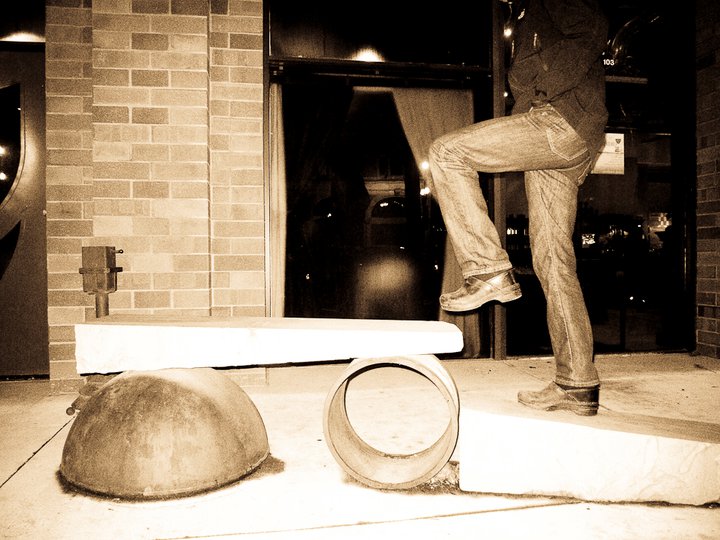 I returned from China to change; changing seasons, schedule, priorities. Winter, work, skiing, ice climbing and indoor gym climbing. I work for Black Diamond as the Rocky Mountain Ski Tech Rep. I enjoy it for the balance that it brings to my life; the balance of play with work, and climbing with skiing. It also allows me to understand the outdoor industry from different angles by experiencing  real inner business workings, as well as having close contact and interactions with many levels of people in the industry, from company owners to other athletes to sales and marketing people to retailers and to general consumers. 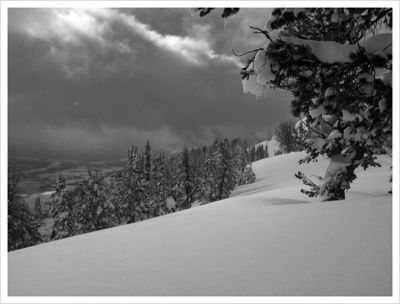 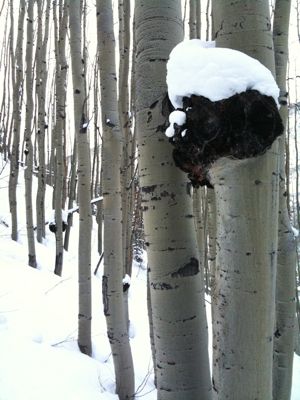 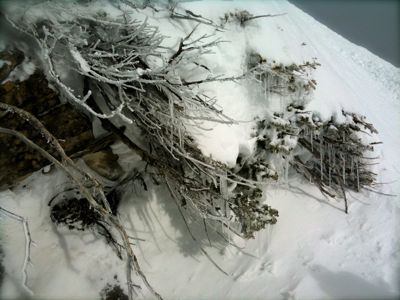 Burdens of the season 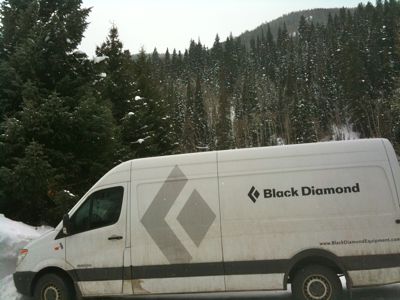 My winter ride full of skis and boots 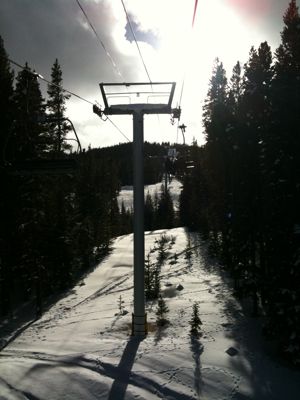 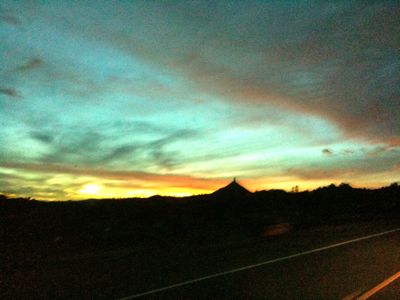 On the road in SW Colorado 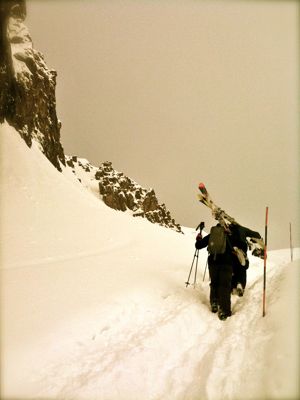 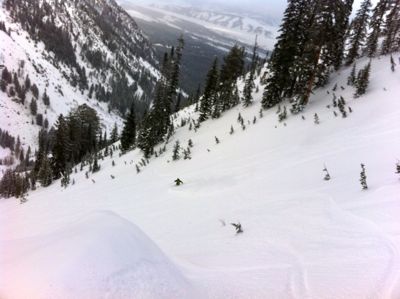 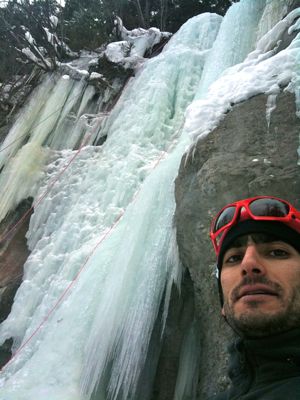 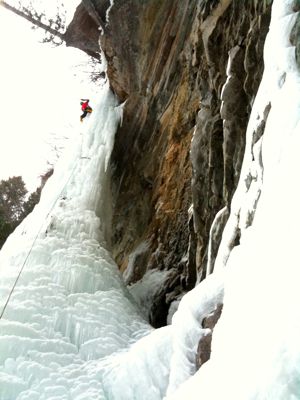 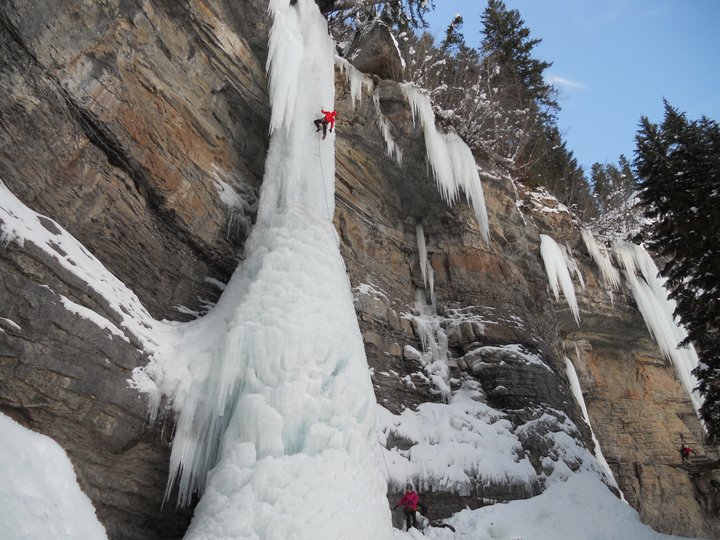 The Rigid Designator in Vail, CO 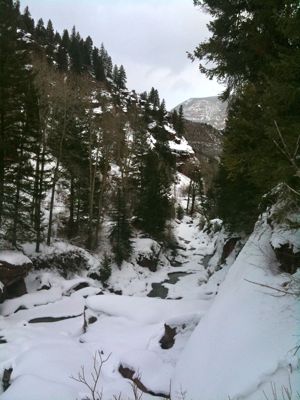 Basically, I’ve had damn good days with friends and family; 2 Thanksgiving holidays and dinners, a Christmas holiday and dinner and company party, a birthday or 2, and a couple other special events and random nights out. I feel really fortunate for all of the good people in my life, in the communities of which I am a part.  I’ve also had  some solid  ski, ice climbing, and gym climbing days. I got to  shred the resort with my little bro over Xmas, as well as  untracked, waist deep Jackson side country. I climbed outside at Vail and indoors in gyms to prepare for the Ouray Ice Competition and Festival. I taught a clinic and gave a media presentation and competed there this year. I made an early mistake in the comp, took a huge fall (supposedly the biggest fall in the Ouray Comp ever), slammed into the wall causing an explosion of sparks from metal crampons on rock, and put a crampon into my ankle. So for my performance, I took last place. It was difficult to swallow, still is, but through the experience some heavy lessons were revealed. I am trying to understand them now to gain a fresh view of things. See the video by clicking on the pic directly below. 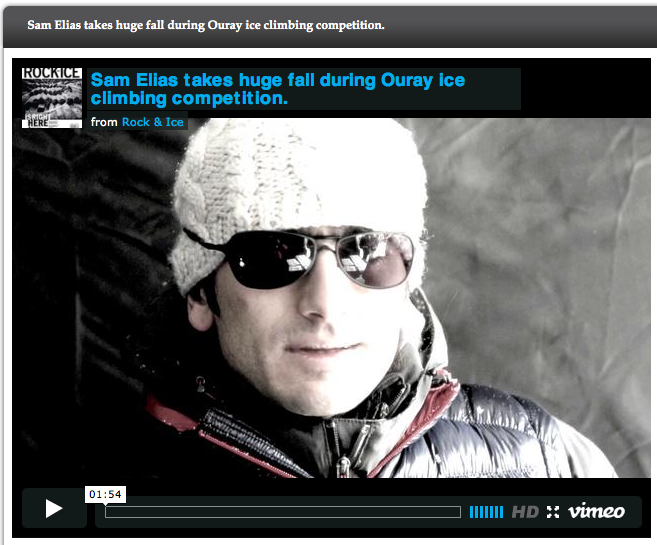 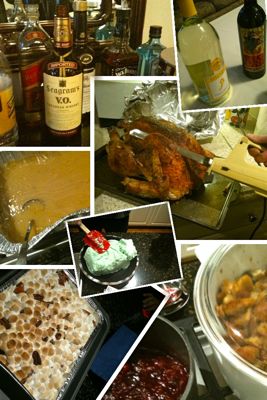 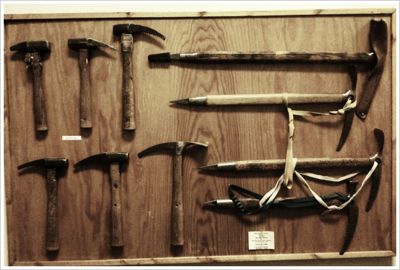 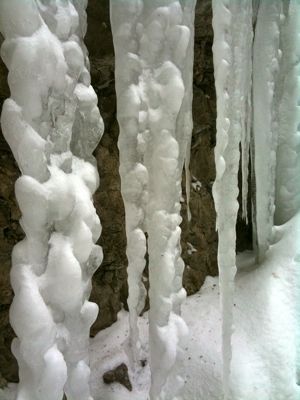 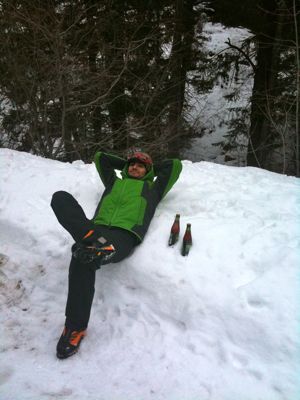 Chillin after climbing in Redstone, CO 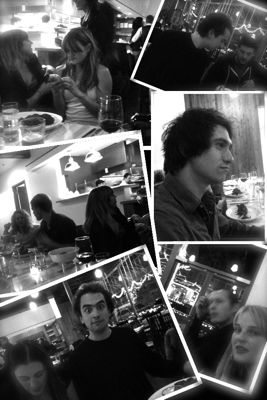 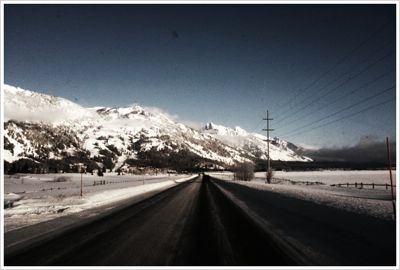 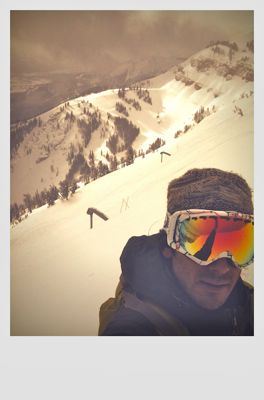 Skiing in Jackson, WY with a good crew

January is a busy month that started with Ouray. After that, I was supposed to take a brief jaunt to Italy to compete in an Ice Climbing World Cup event in Val Daone. But, an organizer got tragically crushed by a bulldozer during the set up of the wall structure, and died. The organizing committee called the event off out of respect and mourning, so I obviously didn’t go over there. The Outdoor Retailer (OR) trade show in Salt Lake City, UT was last week. And currently, the SnowSports Industries America (SIA) trade show is taking place in Denver. Immediately following SIA, I am traveling to the Upper Peninsula of Michigan for the Michigan Ice Festival, and then down to Detroit to check in with the family and home team.

Here’s some shenanagins from the OR show